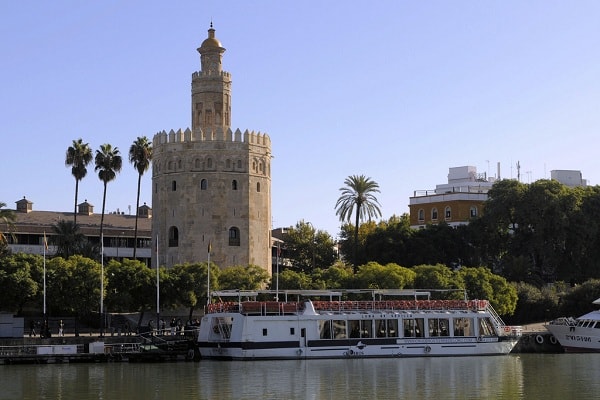 No other structure in Seville better explains the role that the Guadalquivir River played during Spain’s colonial period than Torre del Oro, the Golden Tower. Seville owed much of its success in maritime trade to the navigable river, which offered ships more protection than a traditional European port. For centuries, a heavy chain was strung across the river from the tower to protect the city from seafaring invaders. Built in the early 1200s, the watchtower’s name comes from the golden glow that the reflection of its building materials casts on the river. Today, the tower is home to a maritime museum that outlines the river’s importance throughout Seville’s history. Visitors can enjoy views of waterway and city from a rooftop viewing platform.