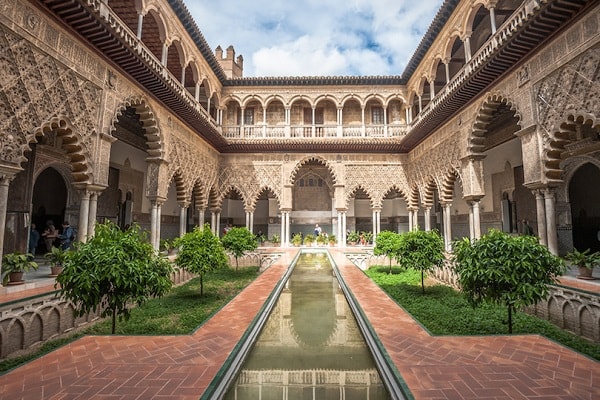 Still used today by Spain’s Royal family on state occasions, the Alcazar complex of royal palaces, patios and gardens has undergone many transformations over its more than one-thousand-year history. In the 11th century, Muslim Moors constructed a palace on the site of a 10th-century fort, which was converted to a Gothic-style structure in the 13th century. One hundred years later, King Pedro hired Moorish craftsmen to rebuild and expand the palace in the Mudéjar style. From the starry design of the domed ceiling in the Salón de Embajadores (Ambassadors’ Hall) to the delicate arches and plasterwork of the Patio de las Doncellas (Patio of Maidens), the Palacio de Don Pedro is considered one of the top tourist attractions in Seville.